Welcome to our gallery. Here you will find photos of our most memorable school events and our sporting achievements.

Virtual Mini Marathon Results and Certificates. Very well done to all those who took part in the brilliant virtual event - we were so impressed!

Virtual Sports day 2020. It was so lovely to be able to join together and complete sporting activities both at home and in school. 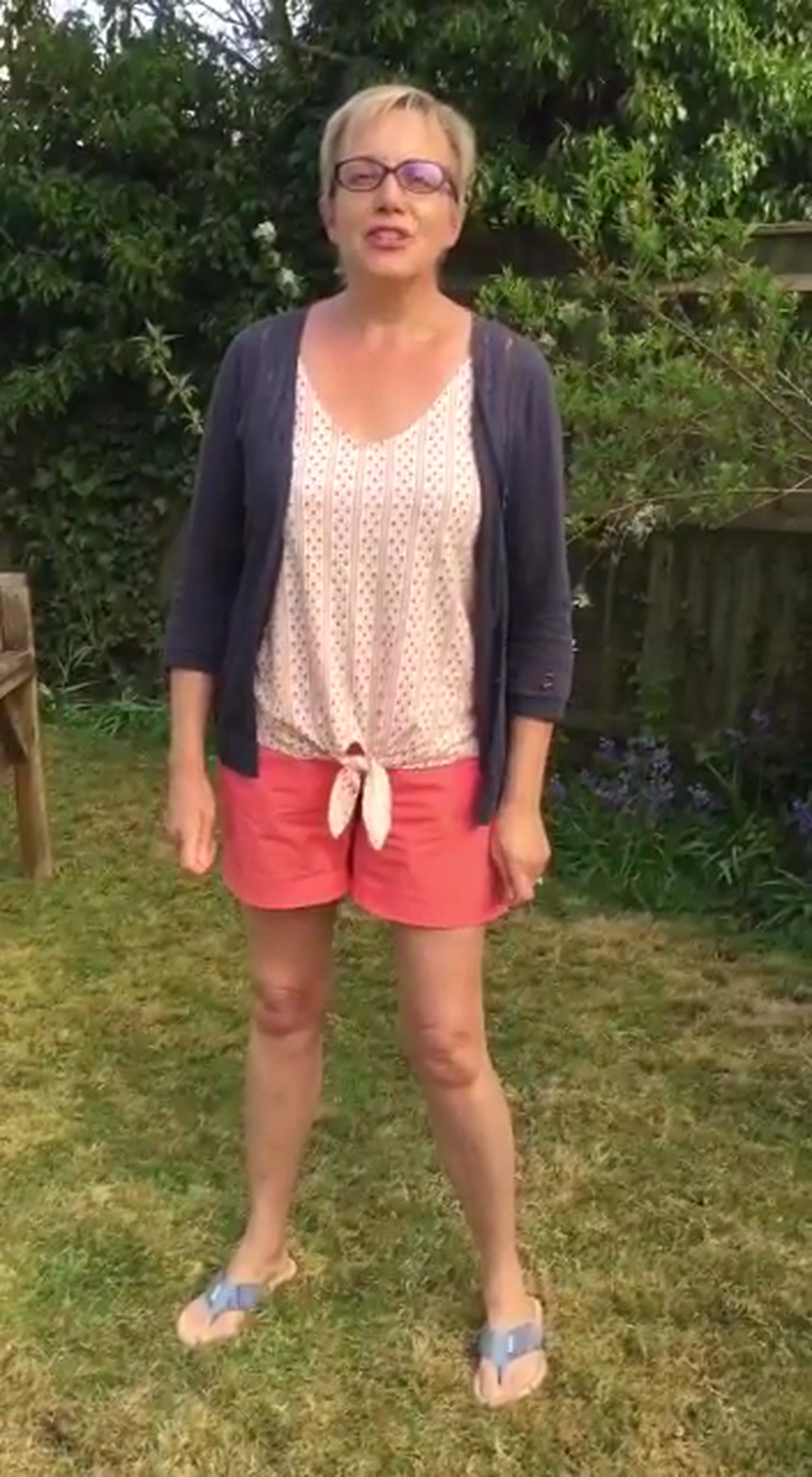 All of the staff are missing the children very much during this lock down, so we have created a little video for the children to watch.
We hope that you enjoy it!

Praise Worship : You are my All in All 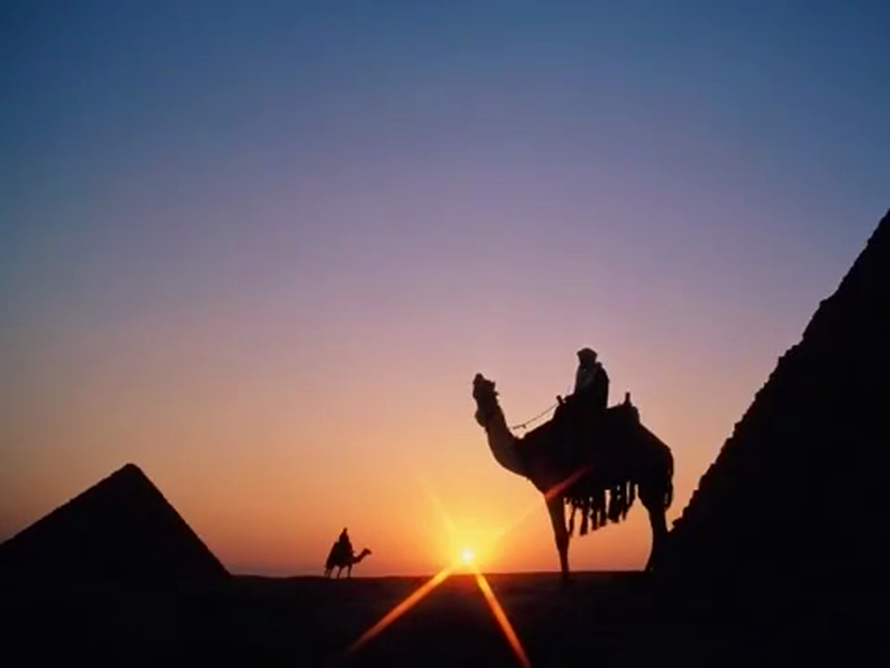 Recorded by Lexi, Jenna and Millie, we hope you will join us in our mini praise worship session and feel part of our special Winterbourne Earls family whether at home or in school. 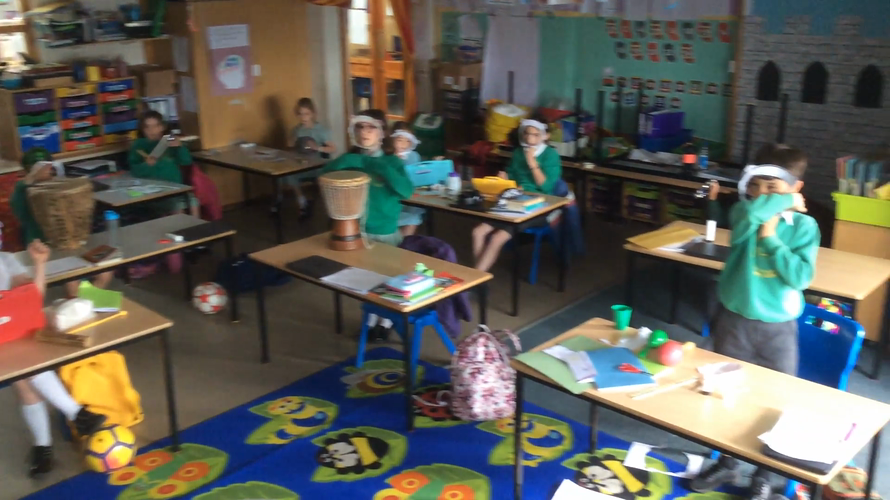 As part of our explorations about space, we have listened to Gustav Holst's 'Mars'. We liked the way he composed the music to make us think of Mars the Bringer of War and we had a go at composing our own planet music.

We had a winner in the Year 4/5 Design a Flag for the Wiltshire School Games competition run by Wiltshire and Swindon Sport earlier this year!!

Please follow this link to see the winning designs.

One Families Home Learning Sport's Day - thanks for sharing. Looks like great fun!

Our Book Week got off to an exciting start with a lively adaptation of The Three Little Pigs. Years 1 and 2 also worked with our storyteller, Mrs Johnson, to perform some imaginative twisted tales.

Visit from Help for Heroes

The boys football team had an amazing day at the County Finals, despite the terrible weather and played very well indeed.

Trinity Day with The Bridge 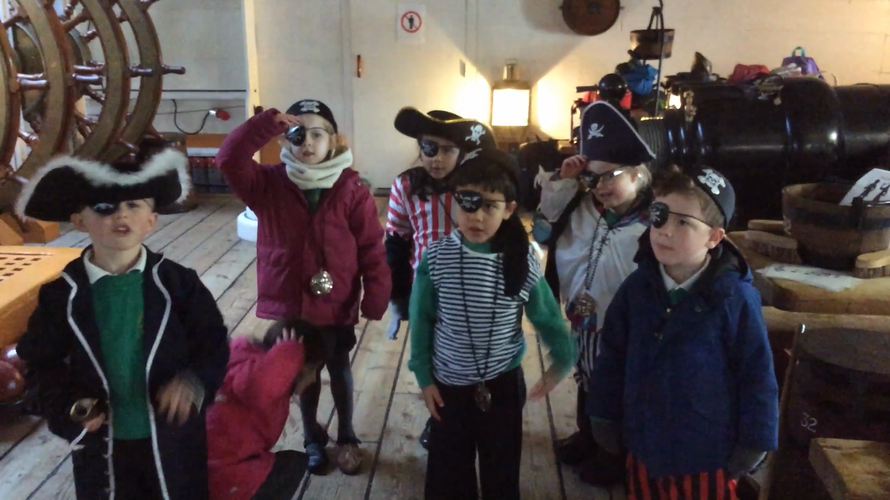 A group of Year 6 children attended Bronze Ambassador Training. They will now be leading games and activities for the rest of the school during lunchtimes. Well Done!!

A team of Year 5 and 6 children attended the Hockey Tournament and we are delighted to announce that they came third overall. An amazing achievement. Well Done!!

The Year 5 and 6 children had a wonderful time at the Netball festival and showed excellent teamwork skills.

Our Literacy Week began with a thrilling introduction to the magical storybook, Leon and the Place Between by Angela McAllister and Grahame Baker-Smith. 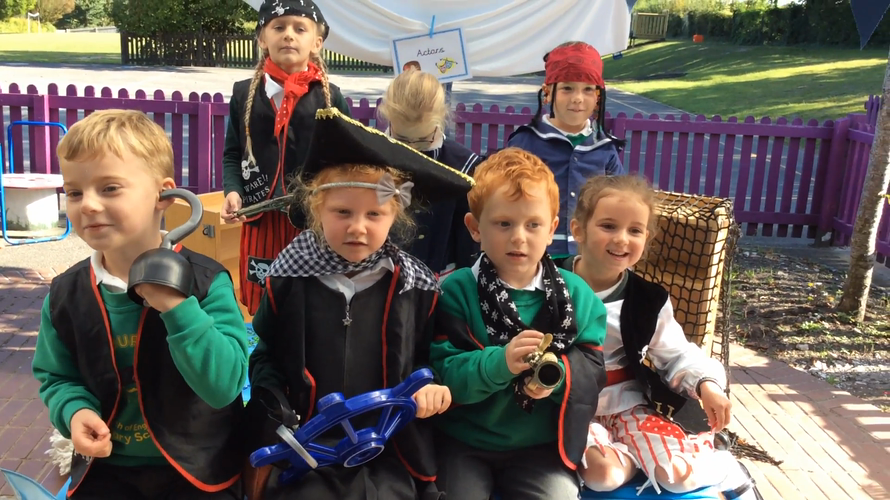 Year 3 and 4 Mixed Football Tournament - 16th October 2019 - Well Done to all the players. We had a great time and came joint fourth!!

Boys Football Tournament 2nd October 2019. We won every game in our group and came 2nd overall. We are through to the County Finals in January. Well Done team!!

A huge 'Well Done' to all those children who ran so brilliantly in the Mini Marathon. Winterbourne Earls had prizes in every single category over the four races with every runner contributing to incredible results. Even though the teams were small, we had some quality performances.

Special congratulations go to three children who won their races- so 3 out of the 4 races were won by Winterbourne children which is amazing! These were incredible achievements particularly when there were over 300 runners in each race.

Next year join us for running club, perhaps then Parkrun and if you catch the running bug, perhaps think about joining Salisbury Athletics Club. We certainly have created a running culture in school which we are immensely proud of.

Well done to the Year 5 rounders team who came 1st in their tournament on the 30th April.

Well done to all the teams who took part: Year 5/6 Football, Year 3/4 Football and Year 5/6 Netball. All played brilliantly on a very warm sunny day. Year 3/4 footballers played really well winning their pool and going through to the semi-finals. Unfortunately they lost 2-3 to Winterslow who went through to win overall.

Netballers played well as a team but didn't go through to the finals.

Year 5/6 Footballers, coached by Mr Drury-Smith and Mr Dorrington, played brilliantly, winning through to the final and won overall. They arrived back at school 2 hours later than expected as the games were delayed but with a big trophy and lots of smiles! This is the first time that Winterbourne Earls has won this tournament.in recent years and the boys played brilliantly.

Visit from The High Sheriff of Wiltshire, Nicola Alberry and The Bridge Project - January 2018

Well done to the year 5/6 football team who won the Salisbury Area Football Tournament.  The final was a heart pounding experience as we went 1-0 down in the first three minutes. Soon after we equalised with a fantastic strike. Late on in the game with edged ahead with a fantastic header from a corner. Well done to all that took part!

Winterbourne Earls is Closed Today by Anonymous Member of Staff 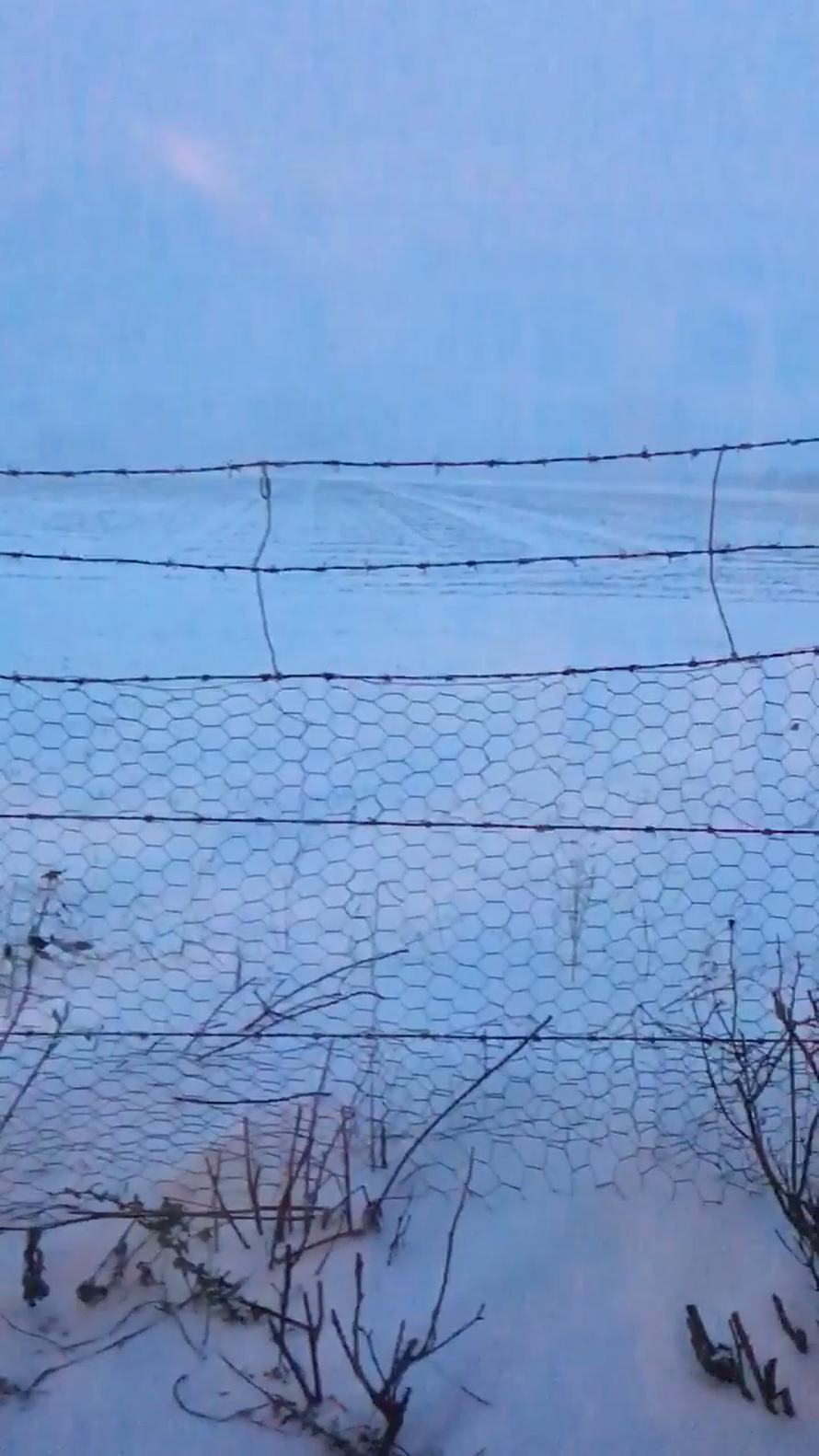 Mrs Baker was out enjoying the snow too!!! 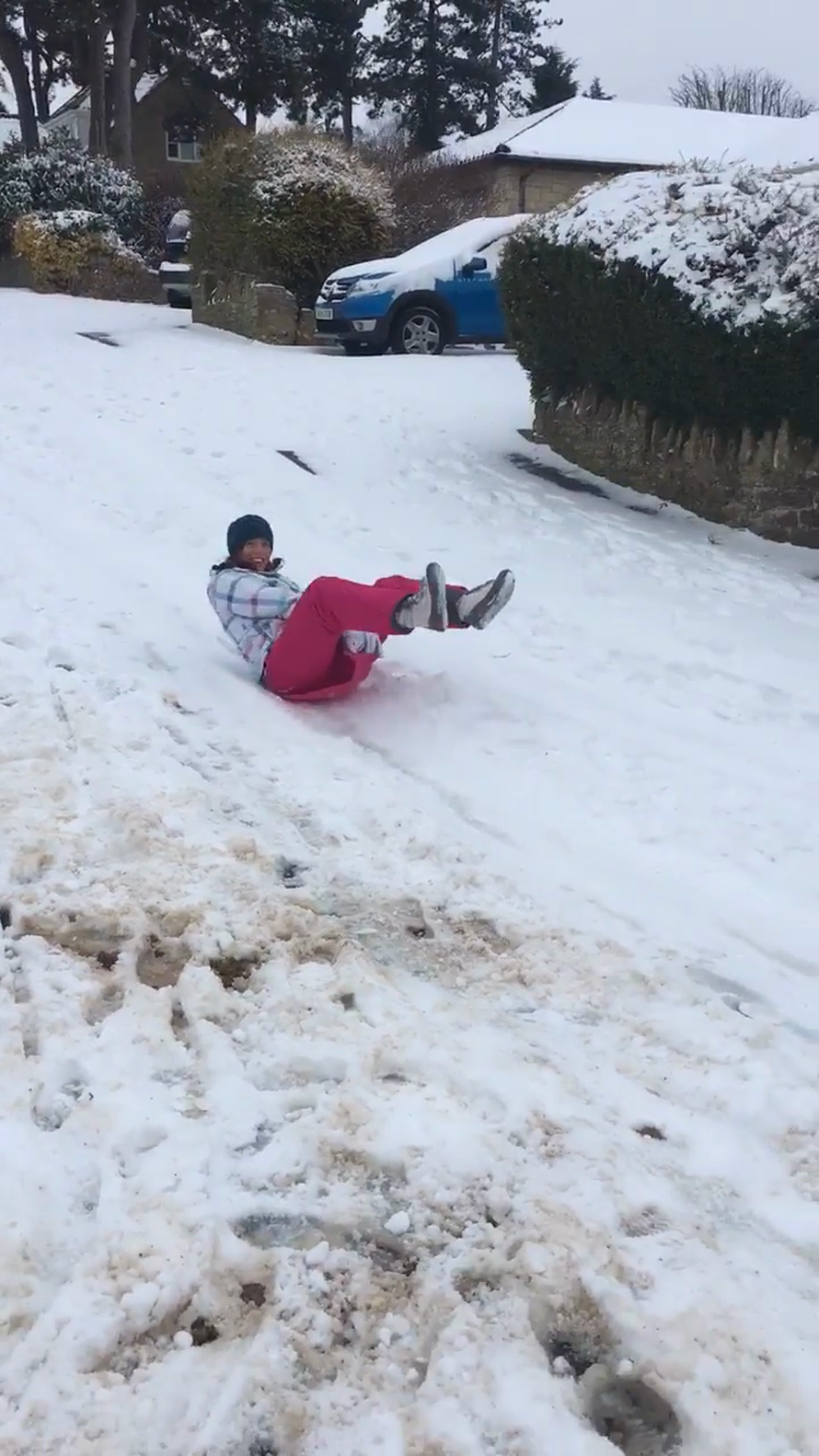 Miss Purchase enjoyed an expedition and she built a snowman!!!

And Mr and Mrs Crompton too!!

Where's Wally? launch of Storywriting Week - Visit this morning by Wenda and other Wally Watchers

We have had a wonderful recycling day. A great big thank you to you for all your support from providing the rubbish to helping with costumes and fantastic creatures! The children had a very busy morning doing a lot of different activities involving recycled materials some of which they will be bringing home to share with you! Please take a look at the photos below.

Oak Class and their pants!!!